TSUZUKI MINKA-EN boasts the Japanese Style Garden, the authentic Tea House, and the Old Folk House of Nagasawa Family at its center. The Old Folk House was moved to its present location from the vicinity of Ushikubo village in Tsuzuki country, where Yokohama History Museum is located presently.

With a high social standing, the family served important roles as public officials and union leaders in the late Edo Period. This old folk house is one of the oldest ones preserved in Yokohama-City. 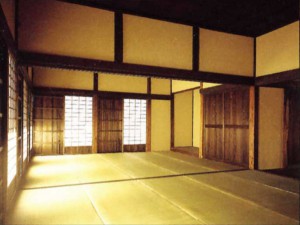 1. Oku & Oku-noma
The formal drawing room with the alcove.
The alcove with Tatami-mats and wooden ceiling in the drawing room proves the family’s high social status. 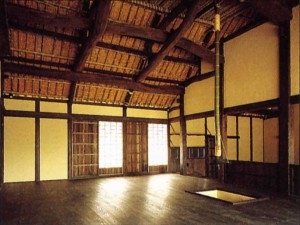 2. Hiroma
The central living space.
Hiroma served a place where strong family ties were forged by eating together, entertaining guests and doing piecework at night. A sunken-fire-place called Irori is placed in the Hiroma. 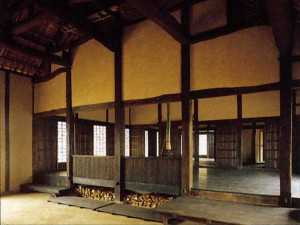 3. Boundary between Hiroma and Doma
Four pillars are placed to make a boundary. Daikoku-bashira (the biggest main center pillar) is not yet used in this old house. This proves this house belonged to the earlier era in Edo period and gained its recognition as a culturally and historically important property. 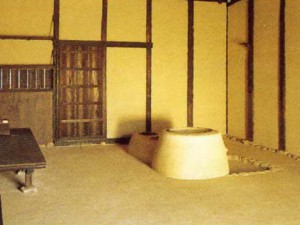 4. Doma
A floor with hard-packed-earth.
Doma is an entrance hall situated same level as ground outside. People do their chores such as maintaining implements with their shoes on. Doma serves as kitchen because there is a wood-fire-cooker called Kamado. 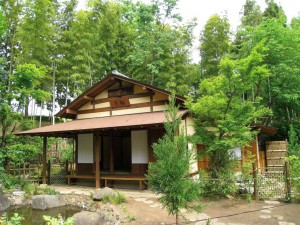 If 2nd and 4th Monday falls on Holiday, the following Tuesday will be closed.

Requests from the garden